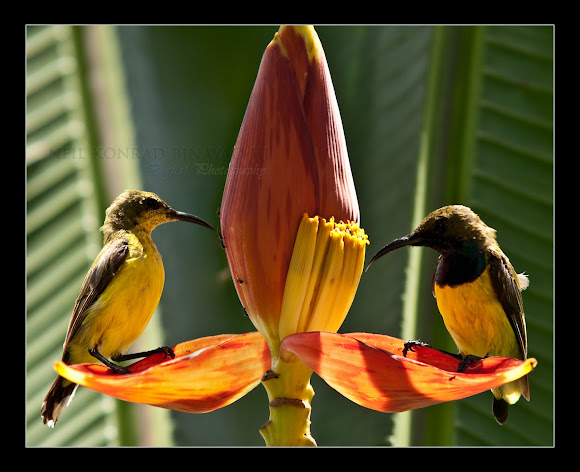 The Olive-backed Sunbird, Cinnyris jugularis, also known as the Yellow-bellied Sunbird, is a species of sunbird found from Southern Asia to Australia. The sunbirds are a group of very small Old World passerine birds which feed largely on nectar, although they will also take insects, especially when feeding young. Their flight is fast and direct on their short wings. Most species can take nectar by hovering, but usually perch to feed most of the time.

This is a composite of two photos: a female (L) and a male (R)