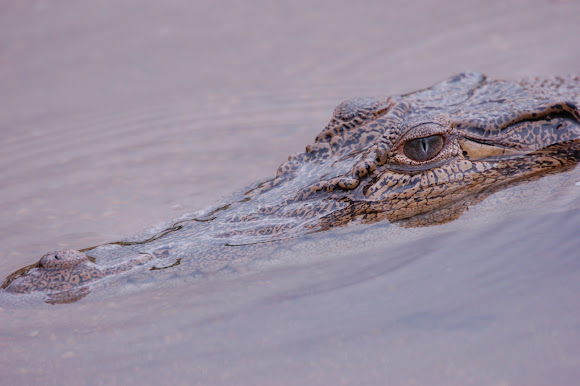 Rivers, estuaries, and seashore. Could be lurking in any large, coastal bodies of water in its range from South East Asia through Indonesia to Northen Australia.

Apart from birds, Crocodilians are the only surviving members of the clade Archosauria, which included the dinosaurs. This specimen was a juvenile female which we saw on the Daintree river in Queensland, Australia, one of several we saw in our time in the area.

Great info and even better pic =)

Apparently this particular animal had been released into the wild and therefore had been sexed. It was also nearly fully grown at just under 2 metres. The guides in the area seemed to know many of the crocs in the area, and even had names for them, which was quite interesting.

Cool spotting! How did you know it was a female if juvenile?