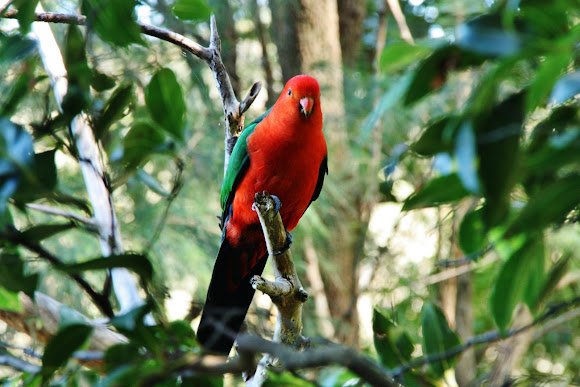 Male Australian King-Parrots are the only Australian parrots with a completely red head. Females are similar to males except that they have a completely green head and breast. Both sexes have a red belly and a green back, with green wings and a long green tail. King parrots are normally encountered in pairs or family groups.

King-Parrots are usually found in rainforests or wet sclerophyll forests. Distibution: King-Parrots are found along the east coast and ranges of Australia, ranging from Cooktown in Queensland through to Port Campbell in Victoria.