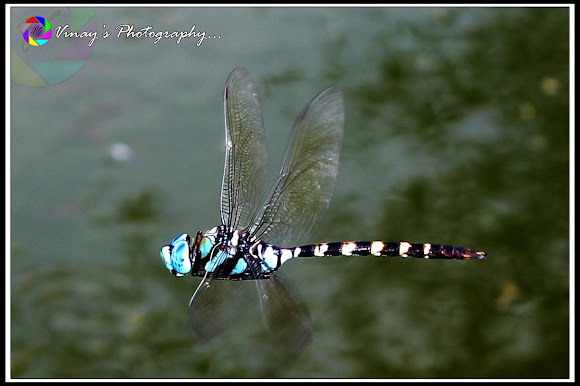 The Blue-eyed Darner (Aeshna multicolor, syn. Rhionaeschna multicolor) is a dragonfly of the family Aeshnidae. The Blue-eyed Darner is a common dragonfly of the western United States commonly sighted in the sagebrush steppe of the Snake River Plain, occurring east to the Midwest from central Canada and the Dakotas south to west Texas and Oklahoma. In Central America it occurs south to Panama. This is usually the second earliest Darner to emerge in the spring, with the California Darner emerging first. It hunts small flying insects while on the wing.

This species occurs near lakes, ponds, and marshes at lower elevations.

I found this at Sinhgad Fort, Pune, Maharashtra, INDIA

Hey Atul,
Thanks you so much for ID suggestion of my 1st Spotting at Project Noah...