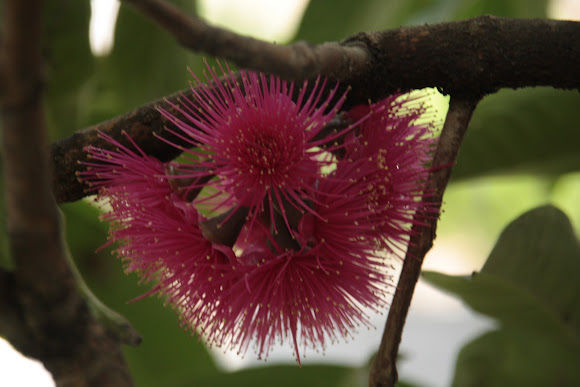 Syzygium malaccense, commonly known as Malay Apple, is a species of flowering tree that is native to Malaysia, Indonesia (Sumatra and Java) and Southern Vietnam. It has been introduced throughout the tropics, including many Caribbean countries such as Jamaica, Suriname, Dominican Republic, and Trinidad and Tobago. It is also known as jambu merah (Malaysian language, meaning "red guava"), jambu bol (Indonesian, meaning "ball guava"),