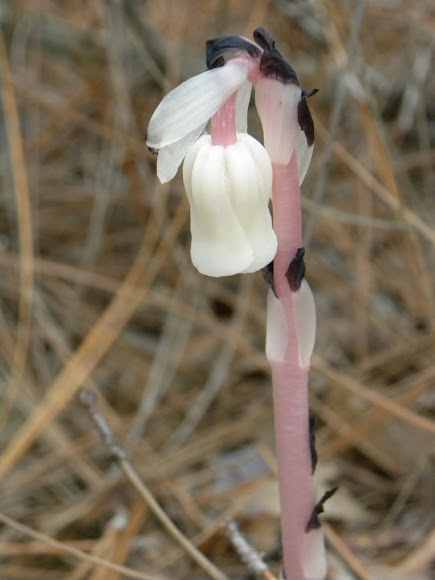 A flowering plant in the blueberry family, it looks like a Mushroom!This is one of about 3000 species of non-photosynthetic (i.e. heterotrophic) flowering plants. Monotropa uniflora can actually grow in dark environments because it is not dependent on light for photosynthesis

Native Americans used its stem juices in the preparation of a treatment for sore or inflamed eyes as a topical application for warts and bunions, and for general aches and pains. The early colonists adopted these practices and extended them to the use of the powdered root in the treatment of a variety of ailments, notably Saint Vitus' Dance or chorea, a nervous condition characterized by irregular, jerking movements. The common names 'Fit Root' and 'Convulsion Root' are vestiges of this practice. Physicians at one time administered a tonic that was used as a general sedative for any nervous or restless condition.