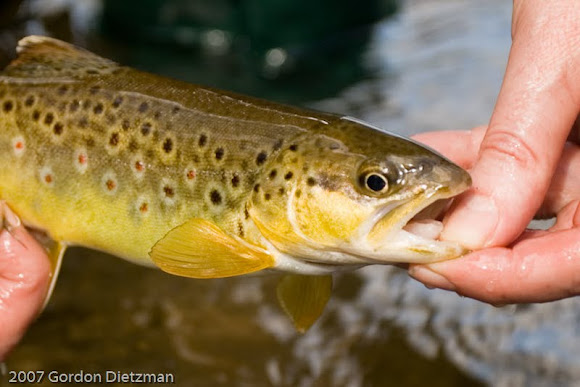 Brown trout can be quite large, especially those that live in large rivers or lakes. The brown trout in Southeastern Minnesota are generally smaller, sometime getting to 20-24" in length. Most are smaller.

Clean, cool streams and rivers, although they are more tolerant of warmer and dirtier water than most trout. This trout is generally considered a native of Europe and Asia, but has been widely introduced across the United States.

This particular trout was caught by my wife while she was flyfishing.

Beautiful trout she caught too! I am an avid fisherman but havent been down to that neck of the woods yet.