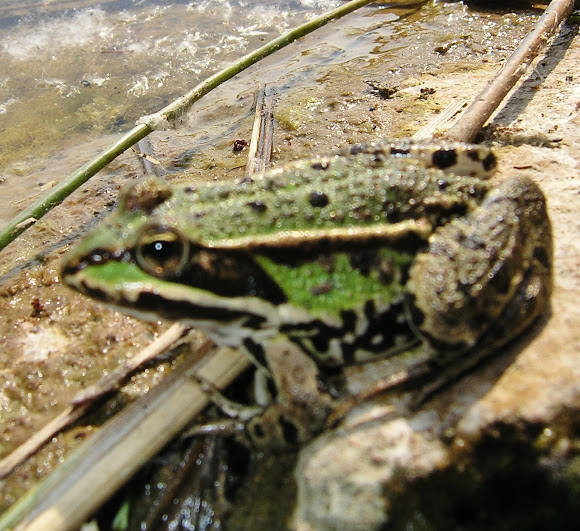 The Common Frog, Rana temporaria also known as the European Common Frog or European Common Brown Frog is found throughout much of Europe as far north as well north of the Arctic Circle in Scandinavia and as far east as the Urals, except for most of Iberia, southern Italy, and the southern Balkans. The farthest west it can be found is Ireland, where it has long been thought erroneously to be an entirely introduced species.