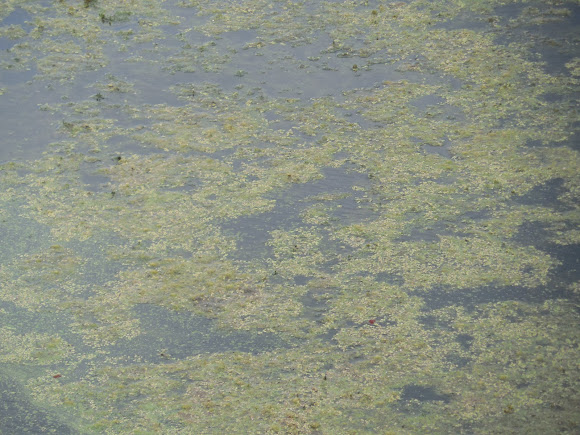 Green algae are classified as protists, phylum Chlorophyta. There are about 4,022 Chlorophyta species.They share the most similarities with plants. Green algae range from one-celled organisms to multi-celled organisms. Green algae have a dark- to light-green color that comes from having chlorophyll a and b. They store their food as starch. They may also live in large colonies, they are photosynthetic. Unlike the red and brown algae, green algae are classified in the plant (Plante) kingdom

There are both marine and freshwater green algae species. Green algae are common in areas where light is abundant, such as shallow water and tide pools. They are less common in the ocean than the brown and red algae.

Your spotting has been moved from "other" to plants. :-)

Spotted by a stud ent at TNCC