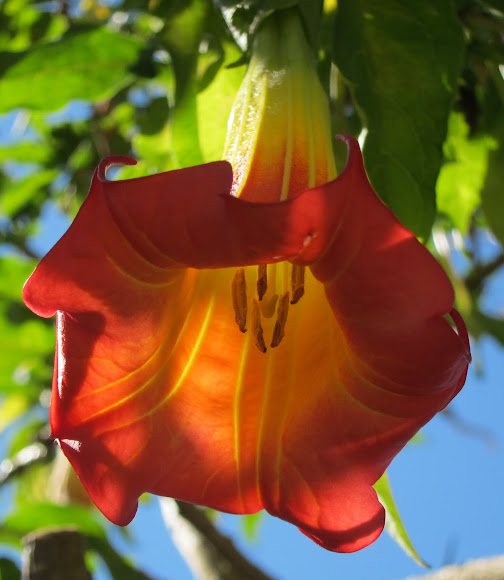 Brugmansia is a genus of seven species of flowering plants in the family Solanaceae, native to subtropical regions of South America, along the Andes from Colombia to northern Chile, and also in southeastern Brazil. They are known as Angel's Trumpets, sharing that name with the closely related genus Datura. Brugmansia are long-lived, woody trees or bushes, with pendulous, not erect, flowers, that have no spines on their fruit. Datura species are herbaceous bushes with erect (not pendulous) flowers, and most have spines on their fruit. (Wikipedia)

I think the series is terrific!