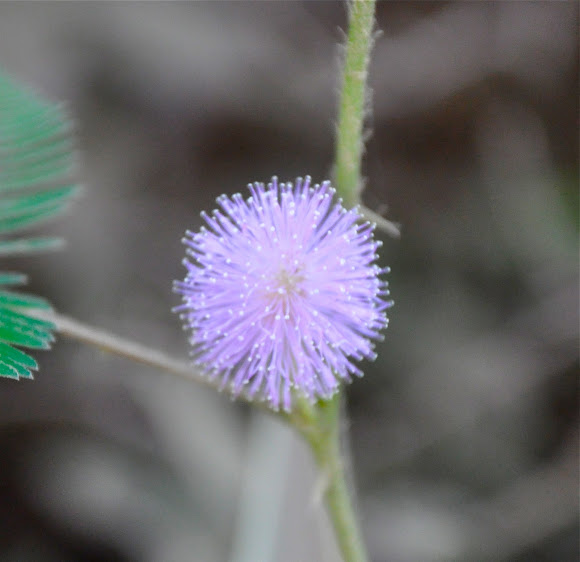 Mimosa pudica (from Latin: pudica "shy, bashful or shrinking"; also called Sensitive Plant and the touch-me-not), is a creeping annual or perennial herb often grown for its curiosity value: the compound leaves fold inward and droop when touched or shaken, re-opening minutes later. The species is native to South America and Central America, but is now a pantropical weed.

Mimosa pudica contains the toxic alkaloid mimosine, which has been found to also have antiproliferative and apoptotic effects.[16] The extracts of Mimosa pudica immobilize the filariform larvae of Strongyloides stercoralis in less than one hour.[17] Aqueous extracts of the roots of the plant have shown significant neutralizing effects in the lethality of the venom of the monocled cobra (Naja Kaouthia). It appears to inhibit the myotoxicity and enzyme activity of cobra venom.

nice one
similar to this one http://www.projectnoah.org/spottings/707...