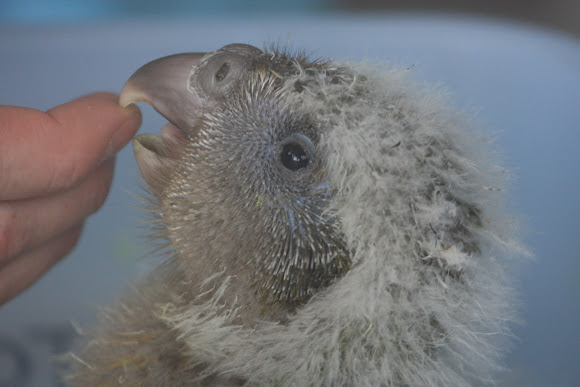 This chick (Solstice One - first egg laid in the 2011 season by Solstice) was being treated at Wellington Zoo for being underweight. Due to being one of only 131 Kakapo alive, the chick received VIP treatment! What a cutey. The vet is stimulating the bird's feeding reflex by rubbing her beak.

Aw, kakapos are so adorable...

So nice to be able to see one..what a shame they are almost extinct..
thanks for sharing!