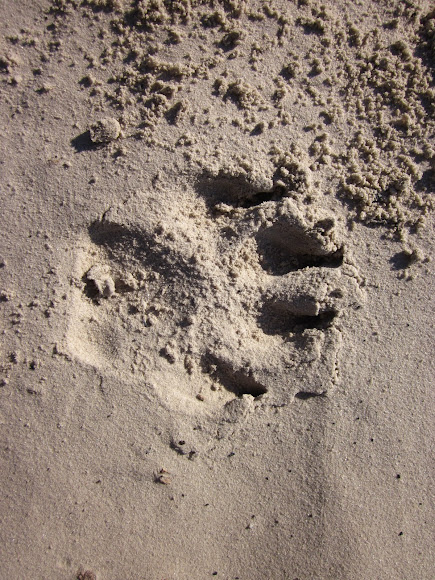 that would be very clear --> dog paw --the big pillow below with the 3 balls assembled as triangle (2 below 1 on top centered), then 4 claws of which the 2 in the middle are higher !! when i schould guess: i would say: "german shepherd" {most common-definitly other species also at choice} because of the size.

it was in a little "reservat" between some villages/city (the villages running into each other, therefore its almost a city, I would not call that "true wildness". this "reservat" is more a hiking/freetime-place for humans, where animals hide