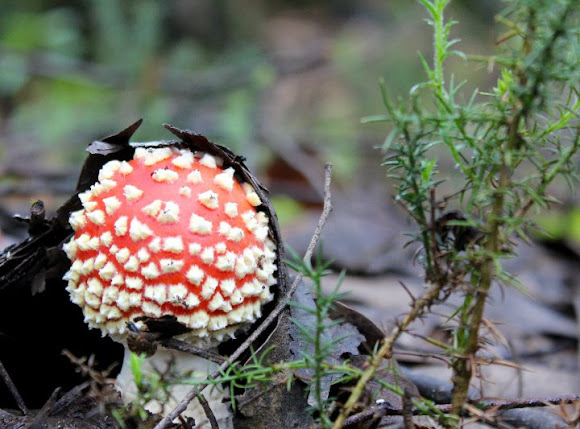 Amanita Muscaria, commonly known as the fly agaric or fly Amanit, is a poisonous and psychoactive basidiomycete fungus,is know primarily famed for its hallucinogenic properties, with its main psychoactive constituent being the compound muscimol. It was used as an intoxicant and entheogen by the peoples of Siberia and has a religious significance in these cultures. There has been much speculation on traditional use of this mushroom as an intoxicant in places other than Siberia; however, such traditions are far less well-documented. The American banker and amateur ethnomycologist R. Gordon Wasson proposed the fly agaric was in fact the Soma talked about in the ancient Rig Veda texts of India.

Thanks Nathan, I have a few other mushrooms that am trying to ID, will post them shortly sure you will be able to help, and you have quiet a few of them in your spottings .......cheers !