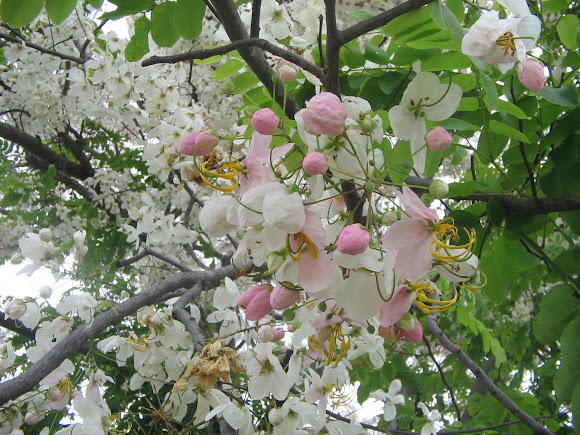 one botanist claims that Palawan Cherry is Cassia nodosa and is prehistorically just introduced to Palawan from Java. however, another botanist says that it is a hybrid between two or more species and thus calls is Cassia x Palawan Cherry. Although it appears to be similar to cherry blossom, Palawan cherry is said not closely related to Japanese cherry blossom but to some legumes like acacia. Palawan has a native Cherry Blossom but not as showy as the japanese Cherry Blossom