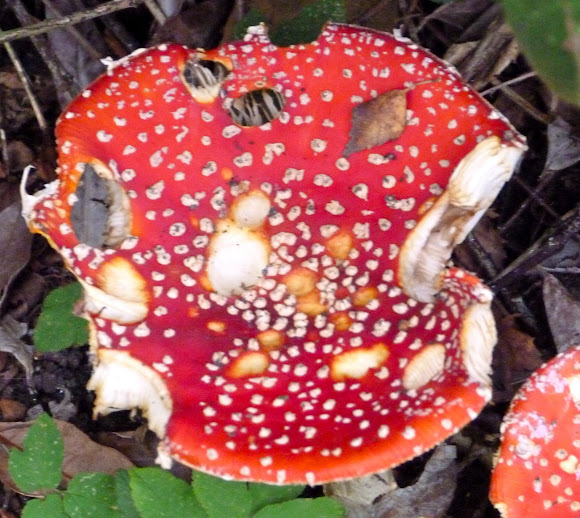 The fly agaric or fly Amanita , is a poisonous and psychoactive basidiomycete fungus, one of many in the genus Amanita. Native throughout the temperate and boreal regions of the Northern Hemisphere, Amanita muscaria has been unintentionally introduced to many countries in the Southern Hemisphere, generally as a symbiont with pine plantations, and is now a true cosmopolitan species. It associates with various deciduous and coniferous trees. The quintessential toadstool, it is a large white-gilled, white-spotted, usually deep red mushroom, one of the most recognizable and widely encountered in popular culture. Although it is generally considered poisonous, deaths are extremely rare, and it is consumed as a food in parts of Europe, Asia, and North America after parboiling. Amanita muscaria is now primarily famed for its hallucinogenic properties, with its main psychoactive constituent being the compound muscimol. It was used as an intoxicant and entheogen by the peoples of Siberia and has a religious significance in these cultures.

Woods behind my UK home.

Not sure what has been eating this poisonous mushroom but maybe there is a caterpillar out there having hallucinations!