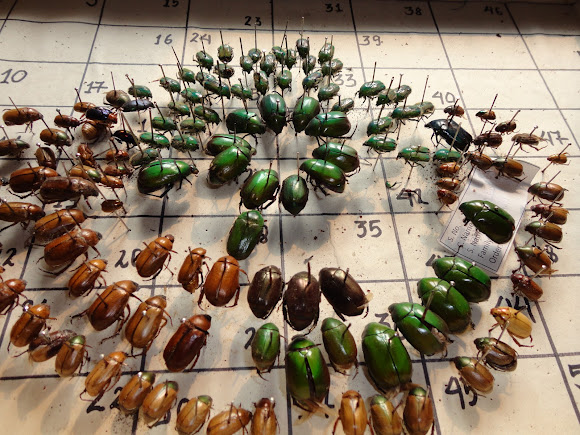 The adult are called chaffer beetle but the grub are called white grub. white grub is most severe stage and damage many crop significantly. Due to long life cycle, chaffer beetle are not epidemic every time. But on epidemic, it damage the foliage part severely. It is major pest of Maize in the context of Neapal and many south asian country.

white grub are remain in soil but beetles are on above ground and mainly active during night.

okey Ramdal Lee, if the population of that beetle is more, the larvae called what grub may cause epidemic, but u may not know how plants are destroing, be careful ha ha

thx for sharing RP Mainali... now I know what to call that small-oval-brown beetle that I keep seeing around my home area...:)