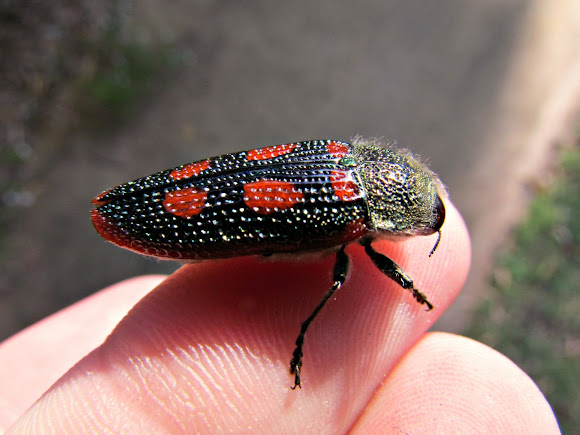 Roe's Jewel Beetle grows to around 2.5 cm (1”) in length It is named after John Septimus Roe (1797-1878), who was the WA Surveyor General and led an exploration expedition from Perth to the Esperance region in 1848, travelling inland (mallee region) on the way out and returning via the coast.

Stigmodera roei is confined to Western Australia where only found in southern regions.