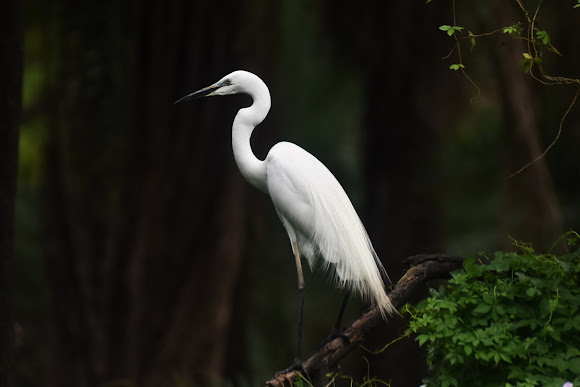 The Little Egret is a small white egret with dark grey-black legs, black bill and a bright yellow naked face. In the breeding season the plumage includes two ribbon-like head plumes, and abundant plumes on the back and breast. The Little Egret is also called the Lesser Egret.

The Little Egret feeds on a wide variety of invertebrates, as well as fish and amphibians. The Little Egret hunts in shallow water by shuffling a foot to stir up aquatic prey, which it then takes in a lightning-fast movement. It also chases small fish with its wings raised.he Little Egret sometimes joins Cattle Egrets to feed in grassland near domestic cattle. Reclamation of tidal land may affect local breeding populations in mangroves.

These images are so beautiful its ridiculous! Especially pic 2!