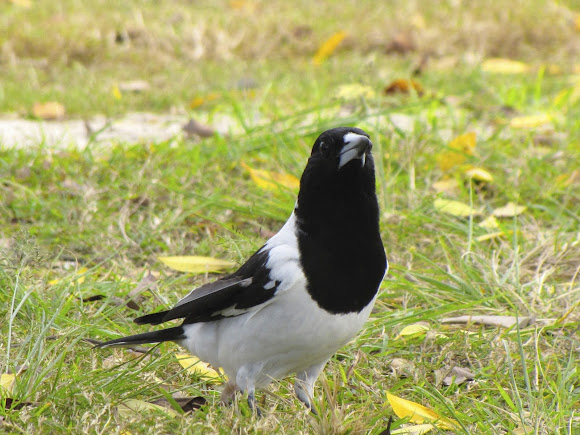 The Pied Butcherbird looks a lot like the Black-backed Butcherbird (Cracticus mentalis) except for the fact that it has more black feathers on it then it's look-a-like. If you're wondering why it's called a Butcherbird it's because of the fact that they will skewer there prey on thorns (This is more commonly done by the Common Fiscal) or wedge them in between a fork in branches so they can easily eat there prey or to come back later to eat it.

The Pied Butcherbird inhabits drier forests and woodlands and often approaches parks and houses. It is more often heard than seen, as it sings from a prominent perch.

This guy hangs around down by a skate park next the Noosa river to get free meals from happy picnickers.