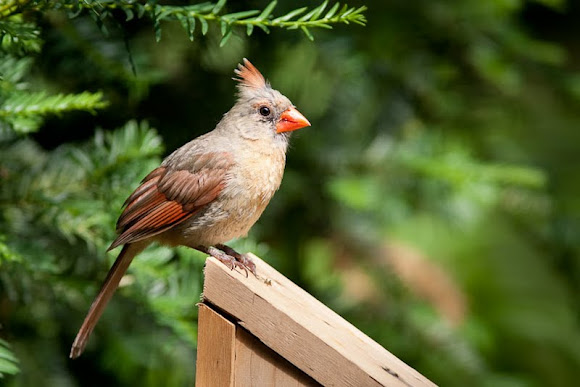 Robin-sized. Males are brilliant red with a black face. Female (shown) duller. Both genders have crest. This bird is a female.

Found as far north as southern Canada and eastern United States. Northern cardinals have been expanding their range to the north. They are now common birds in northern Minnesota, but that hasn't always been the case. It's thought that backyard feeding is permitting them to expand their range.