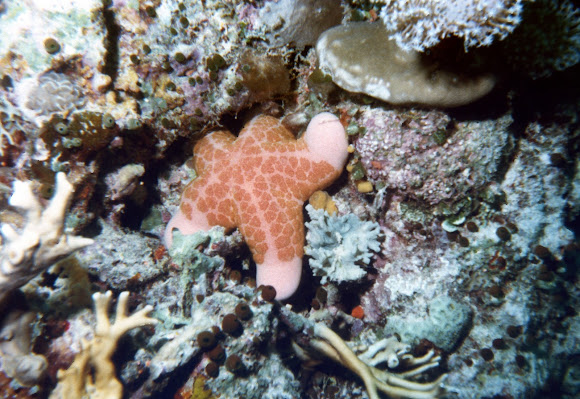 Spotted on the lagoon side of the reef on the east side of Pohnpei; the presence of arms makes it a stretch to call these spottings pincushions, a type which typically has basically no arms, but the puffiness suggested the name; original media photoprints taken at a depth of about 50 feet with a Nikonos III using flash; prints subsequently scanned and images saved as digital files; thanks to AldrinAbanLuzares for pointing me toward the ID for this critter