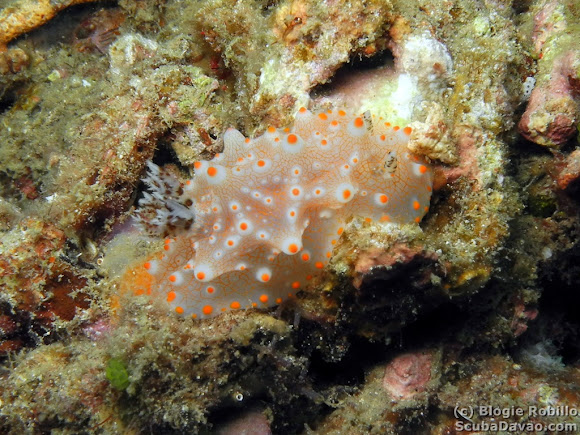 This nudibranch looks somewhat similar to some other members of the Halgerda genus, but is distinct in that it has fine orange lines intersecting around its pustules. Also known as the Batangas Sea Slug.

Found singly or in pairs on coral and rocky reefs among sand and rubble; widespread in the West Pacific.