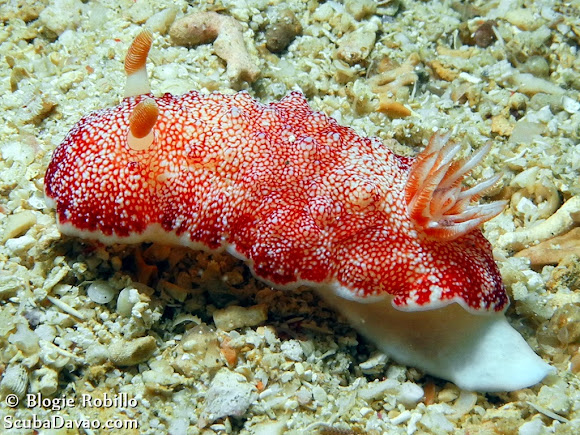 Formerly referred to as Chromodoris reticulata. This type of chromodorid is usually confused with Goniobranchus tinctorius (formerly referred to as Chromodoris tinctoria) because both species have very similar form and coloration. G. tinctorius has a blotch or a solid patch of color on the mid-dorsal section of its mantle, while this species does not.

Widespread in the West Pacific.

Spotted this one while doing my safety stop. It was the largest of this species I've seen so far, about 8cm long.