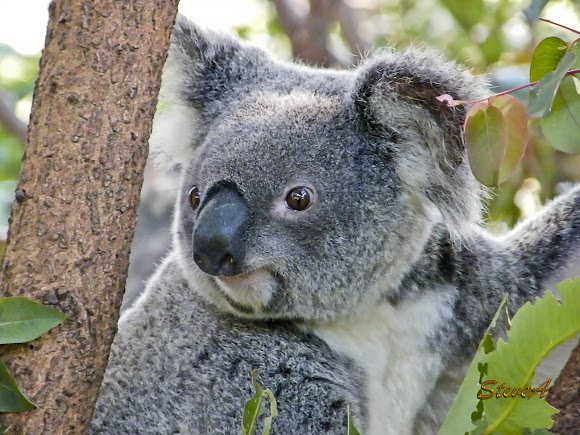 Young Koala photographed at the Currumbin Sancuary in Queensland. There is a fair population of Koalas in that area, although like all Koalas they are threatened by development and disease.

The koala is found in coastal regions of eastern and southern Australia, from Adelaide to the southern part of Cape York Peninsula. Populations also extend for considerable distances inland in regions with enough moisture to support suitable woodlands. (from Wikipedia)

This photo was taken at the Currumbin Wildlife Park in Qld. It is not a "Koala Bear". The only Australian bear is the drop bear.