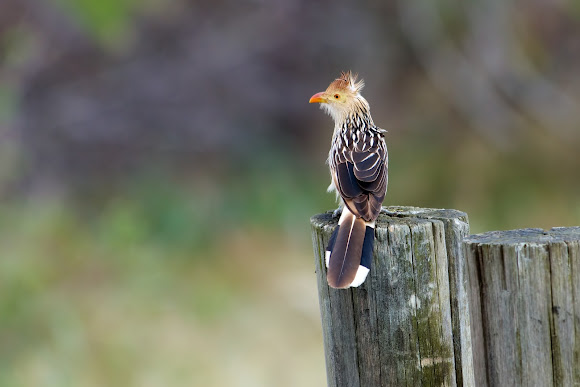 Spotted at the coastline of Mansa beach in Punta del Este, Uruguay. The Guira cuckoo is a social, non-parasitic cuckoo (so they raise their own young) of about 34cm long.

The Guira cuckoo can be found in open and semi-open habitats of eastern and southern Brazil, Uruguay, Paraguay, Bolivia, and north-eastern Argentina. It is arboreal, but can frequently be seen on the ground, usually in flocks of 6 to 18 individuals.

Thanks Fyn and Mark!

Thank you Jae and Ashutosh!