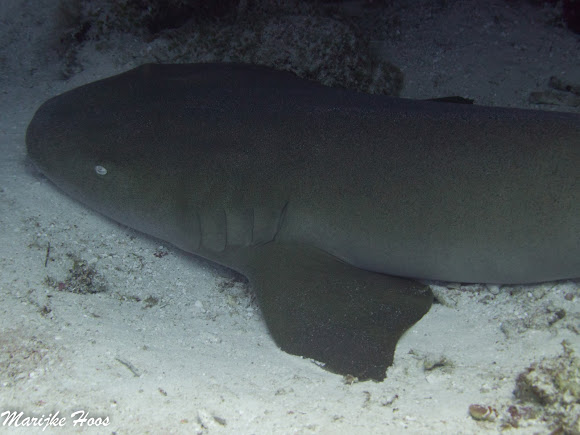 The nurse shark is a common inshore bottom-dwelling shark, found in tropical and subtropical waters on the continental and insular shelves. It is frequently found at depths of one meter or less but may occur down to 75 m. Its common habitats are reefs, channels between mangrove islands and sand flats. It occurs in the Western Atlantic from Rhode Island down to southern Brazil; in the Eastern Atlantic from Cameroon to Gabon (and possibly ranges further north and south); in the Eastern Pacific from the southern Baja California to Peru; and around the islands of the Caribbean.