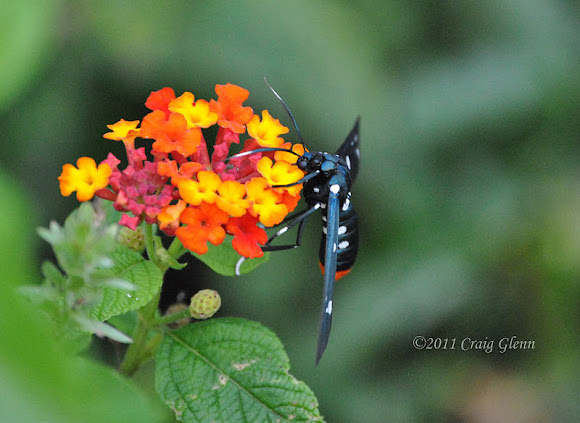 The Polka-Dot Wasp Moth (Syntomeida epilais) is a species of moth thought to be native to the Caribbean. The species is also called the Oleander Moth after the Oleander plant, from which its young feed. Like most wasp moths, these moths are day fliers. And they prefer neotropic areas, to which they are native. The North American subspecies is S. epilais jucundissima, which is locally common in all areas of Florida, and has been seen as far north as Savannah, GA. Source: Wiki