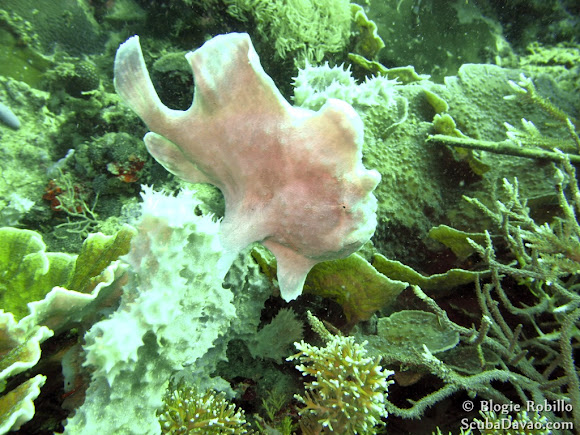 This is the largest in its species, and is also referred to as Antennarius commersoni. Other common names: Commerson's Frogfish, Giant Anglerfish, Big Anglerfish, Black Anglerfish, Black Frogfish and Fishing Frogfish. They feed on small fish, crustaceans and worms, and grow to a length of about 35cm. They lure their prey with a stalk between their eyes that copies the movements of its prey. Their mouth can open and expand to the width of their bodies to engulf its prey.

Found singly (usually) on sheltered reefs with leaf litter on sandy bottoms with rich sponge growth. They are masters of camouflage, and often mimic the color of the sponges or coral they're sitting on. They are all over the Indo-Pacific region.