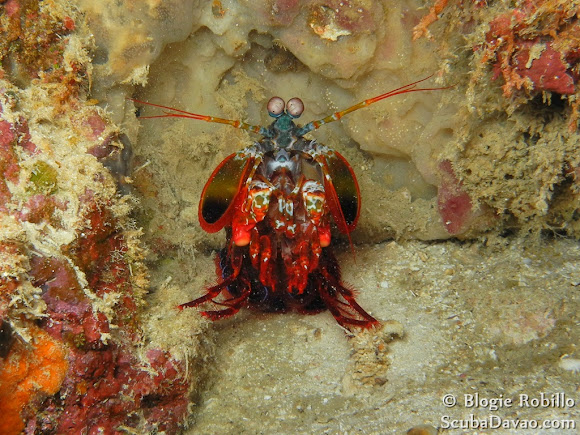 Found close to reefs in sand and rubble areas with several burrows to hide in. Widespread in the Indo-Pacific region.

This mantis shrimp was cornered, and that's why it reared up to appear menacing to us. Or maybe it was just curious about us...

Thanks, matimar1. Where I live, the mantis shrimp isn't really rare. :)

Isn't it an alien or maybe a transformer?

Love the color!....I saw on a show these guys pack a mean pinch and they are one of the worlds fastest animals when catching prey.

It's life Jim but not as we know it !

I have a full-body shot of a pair of such shrimp...but I'm loathe to share it here because I took that photo of the shrimp caught in a fishing net. :(