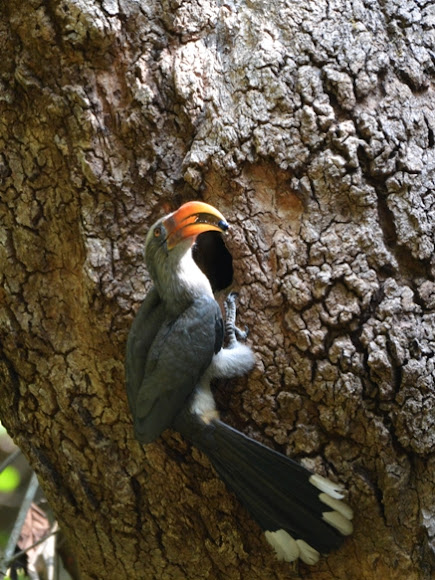 Malabar Grey Hornbill in endemic to this region (Western Ghats - Biodiversity Hotspot of the World), Has large bill, but the casque present in other hornbills is missing in this specii. Frugivores, play vital role in seed dispersal for many species of fruit bearing trees. Also feed on small vertebrates. Hornbills are secondary cavity nesters (incapable of excavating their own nests), they find trees with large cavities. It is monogamous, and the same nest sites are used year after year.

Malabar grey hornbill is a resident breeder in Western Ghats and are found mainly in dense forest habitats. Found in small groups mainly in habitats with good tree cover.