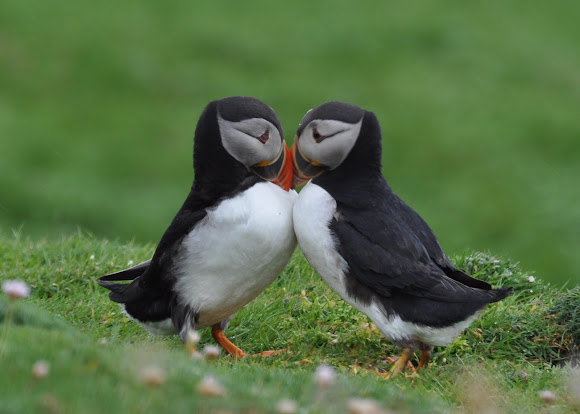 Unmistakeable, coastal bird. Black and White plummage, with a bright colourful beak during the breeding season. Seen March to mid August in the UK.

On the RSPB Amber list. Photo depicts pair bonding - when one returns from a fishing trip they rub beaks and call to each other, similar to 'eskimo kisses' Shetlanders refer to them as 'Tammy Norris' in the local dialect.

They look so cute!

Looks like a mix of a Pelican or Tucan. Some what Penguin! Great picture.

so fluffly! The are beautiful.

AWWWW I wish I could see that!
It's like a movie!

and 430 other people favorited this spotting