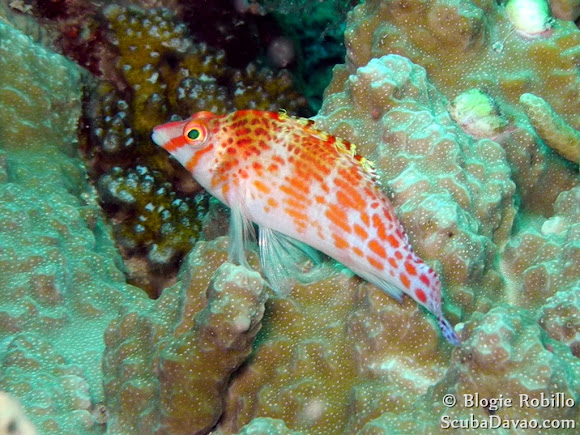 Also known as Blotched Hawkfish, Boar Hawkfish and Respotted Hawkfish, they sometimes look as if they stand on their fins. They feed on small fish and invertebrates, and grow to about 12cm in length. Hawkfish can be found perched on top of coral blocks waiting for their prey. If approached by predators they quickly dart away to hide.

Found singly or in small groups on coral and rocky reefs, resting on tops of coral and rock. Widespread in the Indo-Pacific region.