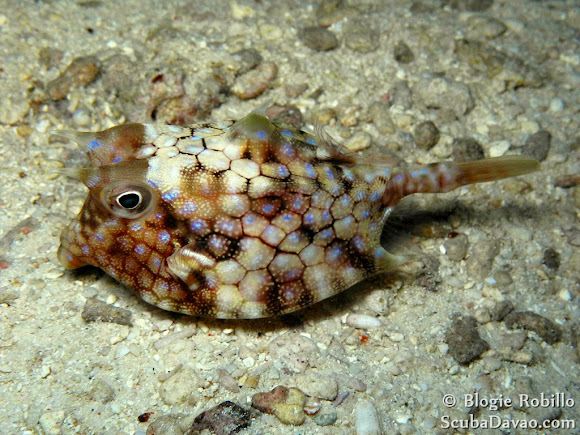 Also known as Thorny-back Cowfish, Backspine Cowfish, Shortspined Cowfish and Blue-spotted Cowfish. They feed on invertebrates and worms, and grow to a length of about 15cm.

Found singly on rocky reefs and estuaries on sandy slopes with mixed sponge and weeds. Widespread in the Indo-Pacific region.

I photographed this cowfish during a night dive, at a depth of less than 10m.

I have no words to describe how beautiful it is
In general, all your photos are spectacular beautiful job congratulations

Thanks, Saarbrigger! It was certainly very enjoyable watching this fish. :)

What a beautiful fish!