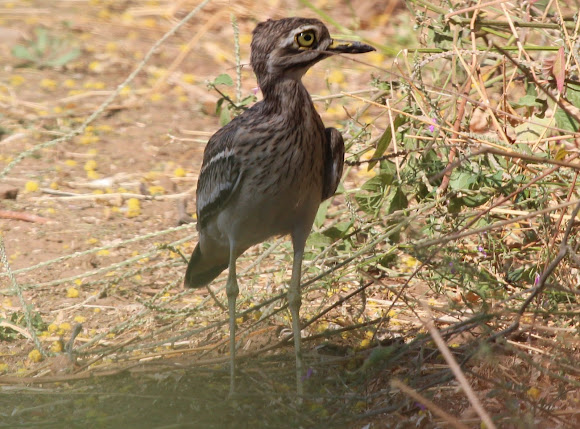 Seen in an open field at Gandhinagar.

It was staring in a bush for some time as though posing for me and after a while there was some noise of birds around and it ran away inside a bush.

Thanks Leah. Reminds me of the road runner.

He's so funny looking! Looks like he should be a cartoon character haha!

Thanks Atul and Anjali. I was thinking it to be some kind of Bustard till I checked with my books.

This is a real good spotting.. Nice photograph...