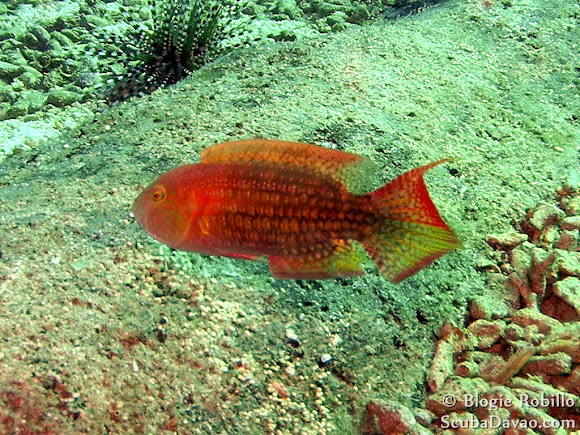 Found singly or in small groups in weed and rubble areas near reefs with shallow surge zones. Widespread in the Indo-Pacific region.

I spotted this dazzling fish at a depth of less than 10m during a day dive, near the shore of Dayang Beach on Talikud Island, Samal, Philippines.

Thanks, Karen, but I couldn't find this species among the parrotfish...