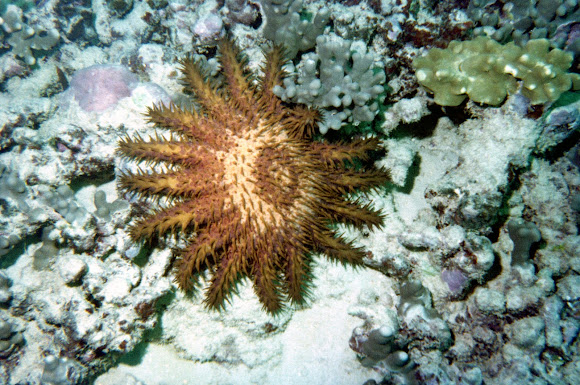 Spotted offshore of the south coast of Oahu. The date is notional. It was either late December 1980 or early January 1981. This species is invasive and as it eats coral, destructive of the reef. Original media photoprint taken with Nikonos using flash; print later scanned and image saved as digital file.