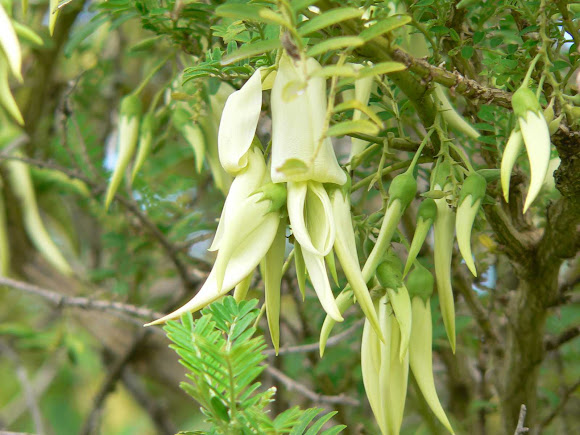 Two different plants, The red is normal, the white is very unusual, I have never seen one in the wild. Looking at it I would say it is not white, but the gene for red has been turned off.

Fairly small shrub usually grows on disturbed soil. After the cyclone Bola on the Eastcoast of New Zealand there were lots of Kaka beak growing on the landslides two years later.