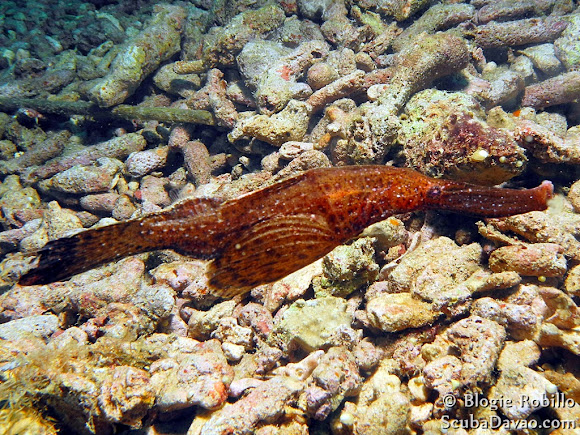 Also known as Blue-Finned Ghostpipefish, Squaretail Ghostpipefish and Seagrass Ghostpipefish. They are sometimes mistakenly called leaf fish, because of their appearance, which is their camouflage. They feed on small crustaceans, and grow to a length of about 15cm.

Found in pairs or family groups floating with head down mimicking seagrass on seagrass beds at the edge of reefs. Widespread in the Indo-Pacific region.

I photographed this fish at a depth of about 10m, during a day dive.

Coming from you, Shauming, that's a great compliment! :)