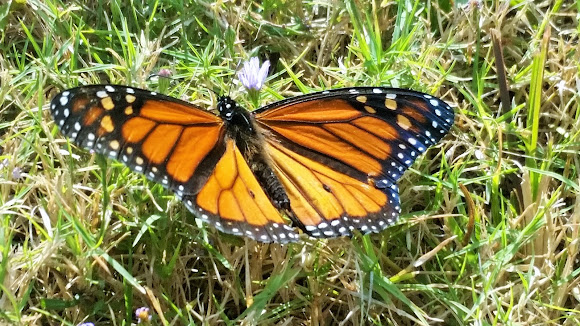 A butterfly with black, white and orange markings. This is a fourth generation Monarch and is already looking a little tattered as it is on it's migration to Mexico.

Spotted nectaring on wildflowers at the Tunica Museum in Mississippi.