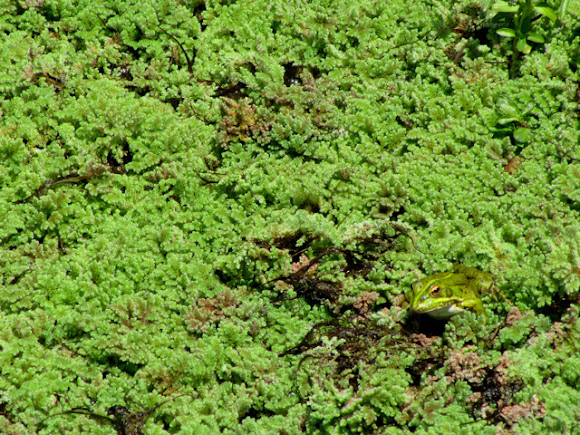 The head is as long as wide, with prominent eyes located in dorsal position very close to each other. Toes have well developed webbing. Skin is either smooth or slightly rough, with well-formed dorsolateral folds. The dorsal coloration is very variable, usually green but also brown or grayish to dark gray.