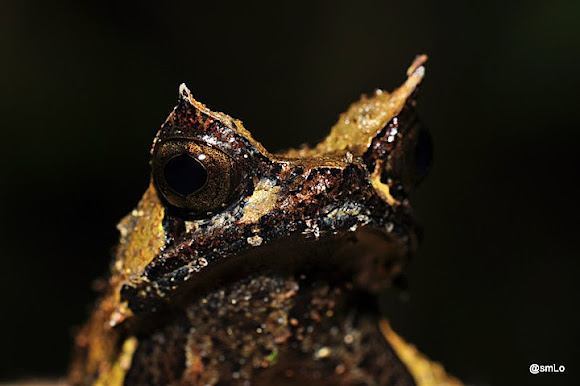 "The Mindanao horned frog (Megophrys stejnegeri) is a member of the large and ancient Megophryidae family, which diverged from the other amphibian families roughly 70 million years ago. More commonly known as the ‘Asian toadfrogs’, this diverse family contains around 136 species of frog, which range in size from 2 to 12.5 centimetres long."

Found this little frog on a rainy day going to a waterfall near Calinan/Bukidnon tropical jungle.

Congrats, Shauming! This is a great series! I've seen this frog only once, also in Calinan, but it was a very long time ago. I hope they're still there...

Once again, thanks for all the compliments.

Thanks again for all the kind compliments and encouragement.

Congratulations ! and thanks for sharing this great spotting..

Wow, thanks for all the compliments, been busy setting up business in Kota Kinabalu lately, surely will continue spotting for PN.

Fantastic series Shuaming. Congrats on your spotting of the day award.

and 45 other people favorited this spotting