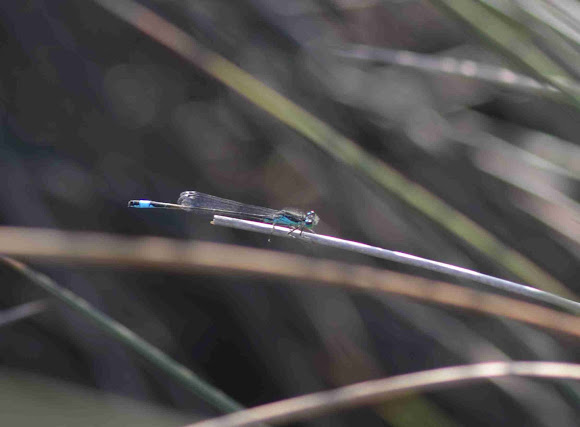 Adult male blue-tailed damselflies have a head and thorax patterned with blue and black. They have a largely black abdomen with very narrow pale markings where each segment joins the next. Segment eight, however, is entirely pale blue. At rest, the wings of most damselfly species are held back together, unlike dragonflies, which rest with their wings out flat. The thorax of juvenile males has a green tinge. A male can try to interfere with a mating pair, by attaching itself to the mating male.

Damselfly nymphs are aquatic, and prey on small aquatic insects or other aquatic larvae. The adult damselflies prey on small flying insects, caught using their legs like a basket to scoop the prey up while flying, or insects taken from leaves.