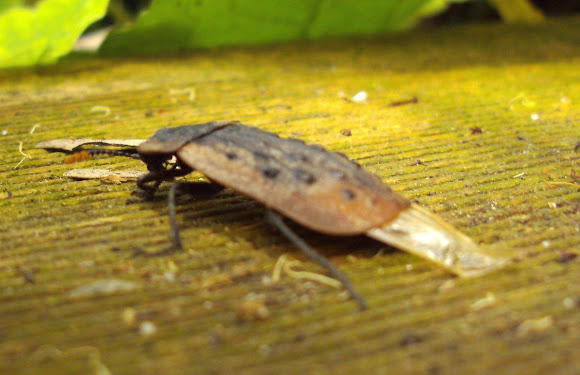 A flat beetle about 20 mms with thick elytra and flanges on both the elytra and thorax. The elytra had raised dark patches. Wings appeared to be protruding from under the elytra. Appeared to have prominent eyes. Antennae ended with soft yellowish clubs.

Spotted amongst moist leaf litter and plant pots in garden. 3 species of these beetles are found in the southern half of the continent.

This was previously incorrectly identified as "Pie-dish beetle". My thanks to stho002 for providing the correct ID. These beetles are said to live on carrion and live maggots and are useful for cleaning-up the environment. Family: Silphidae http://esperancewildlife.blogspot.com.au...