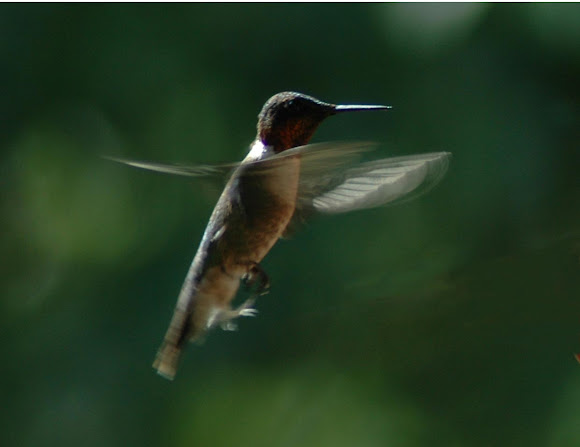 Adults are metallic green above and greyish white below, with near-black wings. Adult males have a ruby red throat patch which may appear black in some lighting, and a dark forked tail. The females have a dark rounded tail with white tips and generally no throat patch.

The Ruby-throated Hummingbird can be found in southern Mexico, Central America as far south as South America, and the West Indies. It can be found throughout the eastern United States and into southern Canada. It's preferred habitat is mixed deciduous forests.