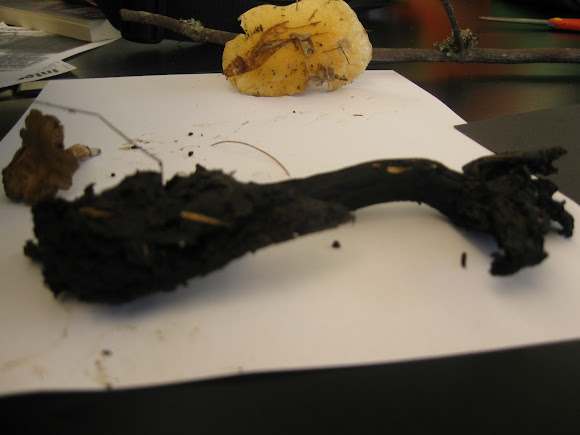 My field notes are that my group and I were walking through the edge of the trail and we spotted this mushroom that I think I later identified as the Black Trumpet. There was pine, and oak trees all around the mushroom. I think that their leaves were the ones that covered the rest of the mushrooms. I also found a huge oak leaf about 15ft away from the spot that I found the mushroom. I hope that I have identified my mushroom as the black trumpet. http://en.wikipedia.org/wiki/Black_trump... http://www.mushroomexpert.com/craterellu...