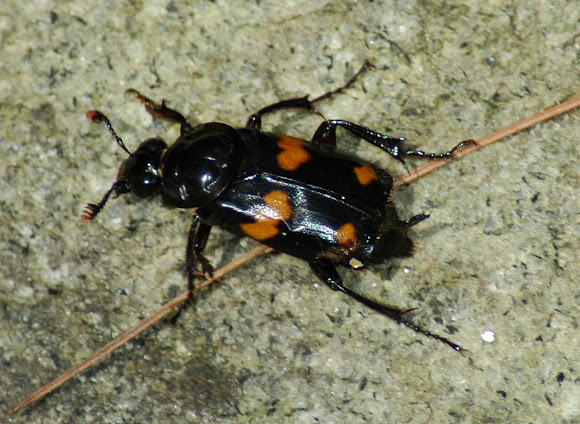 It is immediately recognized by the colorful orange markings on it's fore-wing. It's most distinctive feature from other Silphidae is it's clubbed antennae with three orange apical segments and a black base

It can be found from southeastern Canada to the southern tip of Florida and to East Texas; it has also been discovered as far west as Nebraska and as far north as North Dakota. It's preferred habitat is in open and forested habitats.

Great spotting! The burying beetles are so interesting.