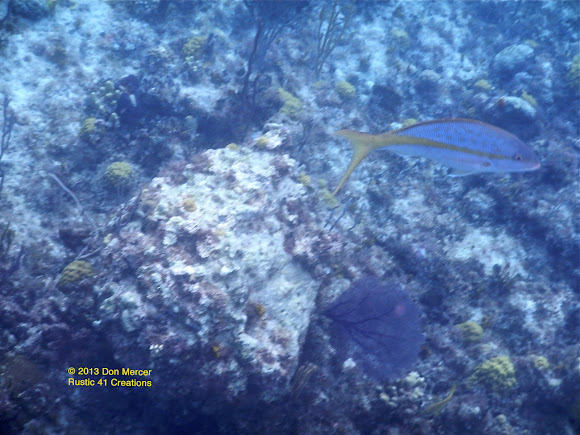 This is a smaller fish that has a yellow stripe running from its head to its tail, where it branches out onto both tail fins.

It is found along the Atlantic coast in the south and ranges south through the Caribbean and further to the coast of Brazil. These fish typically inhabit reefs.

The yellowtail snapper was not a curious fish, preferring to keep its distance as compared to the sergeant major fish, as seen in the left foreground of the second image.