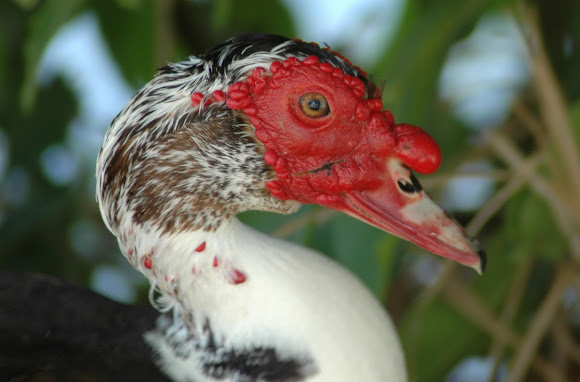 They are blackish, with large white wing patches. On the head, the wild male has short crest on the nape. The bill is black with a speckling of pale pink. A blackish or dark red knob can be seen at the bill base, and the bare skin of the face is similar to that in color. The eyes are yellowish-brown. The legs and webbed feet are blackish.

It is native to Mexico and Central and South America. A small wild population reaches into the United States in the lower Rio Grande Valley of Texas. There also are feral breeding populations in North America in and around public parks in nearly every state of the USA and in the Canadian provinces; feral populations also exist in Europe.