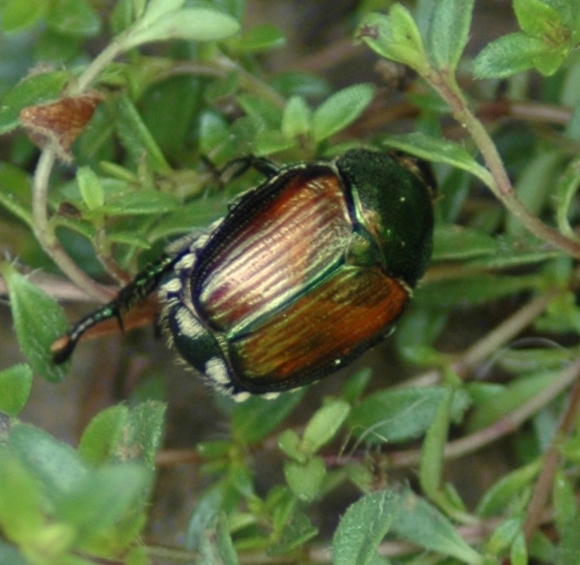 It has an iridescent copper-colored elytra and green thorax and head.

The Japanese beetle is native to Japan but the insect was first found in the United States in 1916 in a nursery near Riverton, New Jersey.